The Career and Technical Education Department made several changes during the summer of 2017.  The video production studio was moved to a a larger space to allow three studio sets to be recorded during one session, A heavy equipment operation training center was added, The Family and Consumer Science classroom was reorganized, and the CTE computer lab was moved to a new location. Odessa Perry, Career Development Coordinator for the district and Derrick Fogg, CTE Coordinator were relocated in the building. Check out pictures outlining the changes. 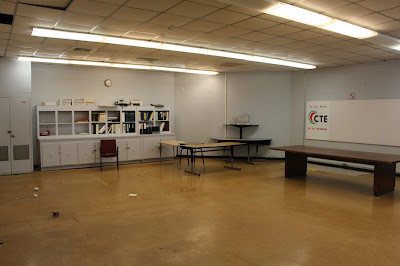 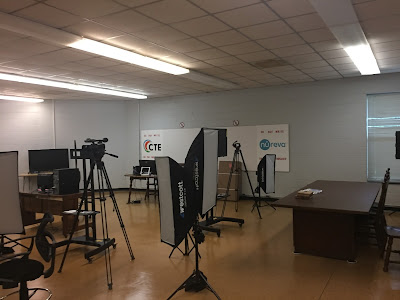 Room 408 is now the Video Production Lab! It has three separate sets controlled with a tri-caster 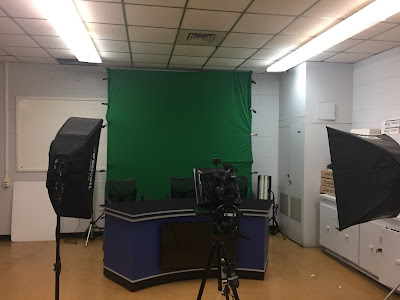 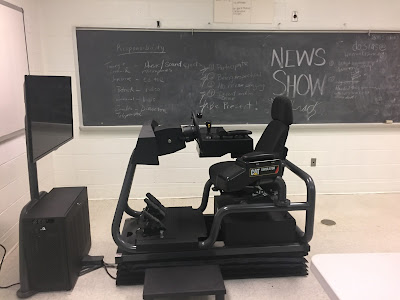 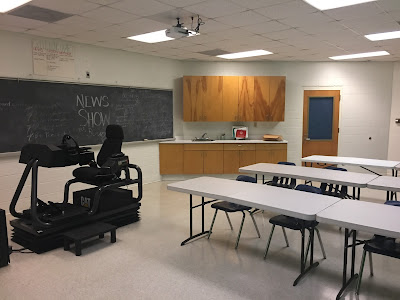 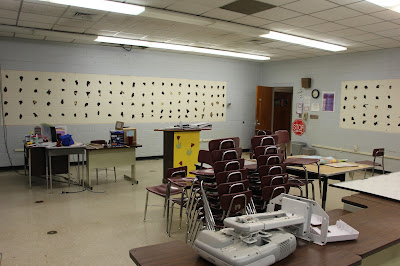 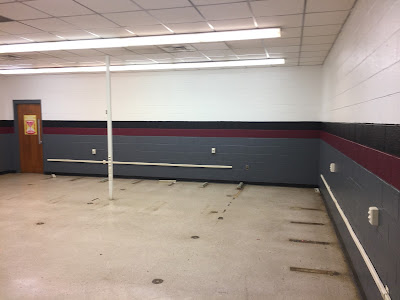 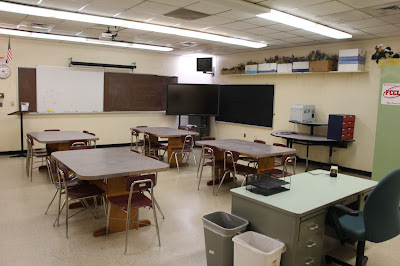 The Family and Consumer Science and Criminal Justice classroom. 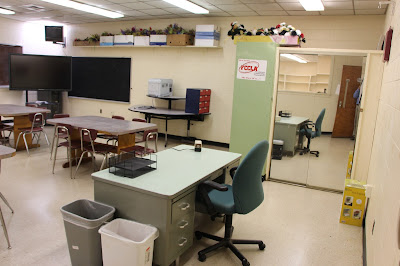 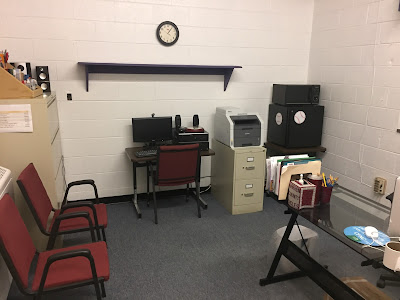 Odessa Perry's new Career Development Coordinator Office and Meeting Space. She will meet with groups of  students in their classrooms. 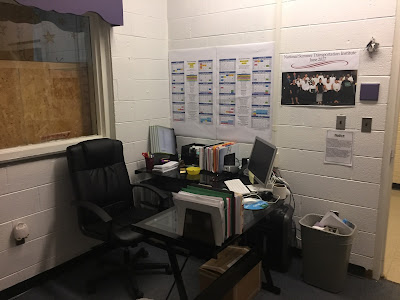